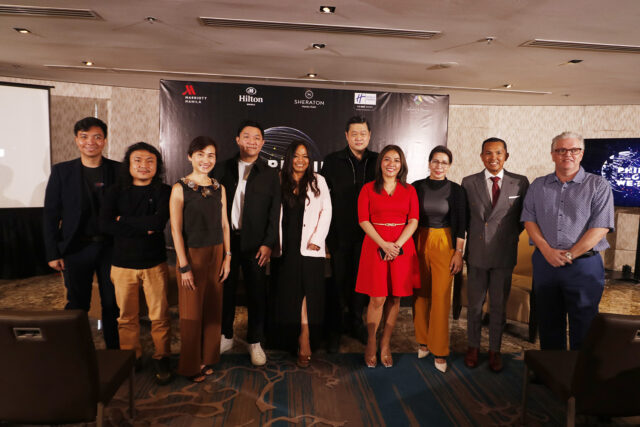 To further promote blockchain technology in the country, leaders from the industries of finance, marketing, and technology have formed the Blockchain Council of the Philippines.

The prestigious roster of council members include Lito Villanueva, executive vice president of RCBC and chairman of FinTech Alliance; Ida Tiongson, chairperson and independent director of PruLife UK and a trustee of Fintech Alliance; and tech lawyer Mark Gorriceta, managing partner and head of the technology media and telecommunications group of Gorriceta, Africa, Cauton, and Saavedra Law. They were also among the panelists of the presscon, whose discussion delved into the advantages of blockchain technology.

Dr. Lim said the council was formed to advocate blockchain education in the country and to help close the knowledge gap as Filipinos transition from Web2 to Web3. The council, he said, will actively pursue private sector and government cooperation to achieve the goal of making the Philippines the blockchain capital of Asia.

Blockchain is More Than Cryptocurrency

According to Villanueva, the objective of PBW is to help Juan Dela Cruz understand what blockchain is all about. He shared that the country is fortunate to have the most progressive and dynamic regulators.

“We thank the Bangko Sentral ng Pilipinas (BSP) and the Securities and Exchange Commission (SEC) for having an open mind in so far as welcoming innovations,” he said and emphasized that the end-goal of PBW is to provide Filipinos and the global community with an inclusive financial framework.

Gorriceta added that PBW will show the different uses of blockchain and address the negative news it has been receiving lately.

“Blockchain is the underlying technology of Bitcoin, Etherum, and the like. Basically, blockchain promotes decentralized finance. The purpose of PBW is to showcase the features of blockchain beyond Bitcoin and how the Blockchain Council of the Philippines will be able to promote, let’s say, how we can use this technology and how we can further enhance the Philippine economic agenda of our Central Bank,” he said.

Tiongson noted that while people often associate blockchain only with cryptocurrency, the technology can provide more to support industries and protect the integrity of data online.

“Blockchain is a technology,” she emphasized, and can be used in different ways. “You can also use it for digital asset offering as with NFTs, supply chain, payment system, medical tracing, and gaming,” she said.

Daniel Robbins, CEO of California-based IBH Media and co-founder of Metaverse Collective, called blockchain “the number one global impact on our economy that we’ve ever seen in our lifetime.”

“It’s great to understand the technology, but the next thing is (to learn) how you can implement that,” he said.

NFTs, the Metaverse, and More

With the press conference aimed at giving the attendees a glimpse of the upcoming week-long blockchain event, the second panel members were composed of three experts in the fields of NFT, AI, and the Metaverse. They are Gotuaco, Soliman and Hancock.

Blockchain and its relation to NFTs, Gaming, AI and the Metaverse will also be discussed during PBW. An NFT exhibition and gaming expo will likewise take place.

Dr. Lim also announced the launch of the Philippine Block Awards, one of the highlights of PBW that seeks to honor the people behind the blockchain ecosystem in the country.

Tickets to PBW are now available at www.philblockchainweek.com.

Spotlight is BusinessWorld’s sponsored section that allows advertisers to amplify their brand and connect with BusinessWorld’s audience by enabling them to publish their stories directly on the BusinessWorld Web site. For more information, send an email to [email protected]

Join us on Viber to get more updates from BusinessWorld: https://bit.ly/3hv6bLA.