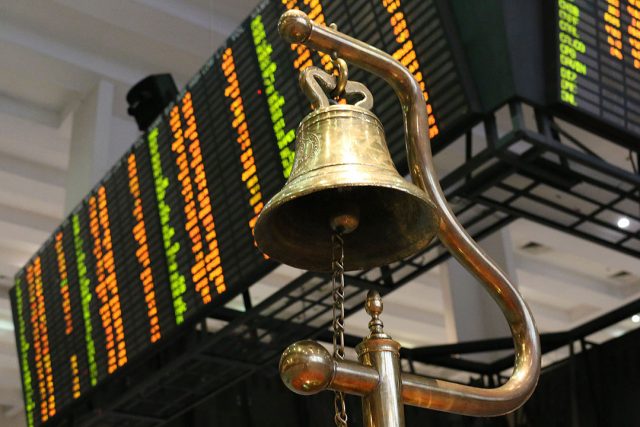 PHILIPPINE STOCKS fell on Monday on selling pressure ahead of the monetary policy meetings of the US Federal Reserve and the Bangko Sentral ng Pilipinas (BSP) this week.

“The market is anticipating the rate increase by the Fed this week — that’s why the market is tanking,” Mercantile Securities Corp. Head Trader Jeff Radley C. See said in a Viber message.

“The PSEi fell 1.7% to end the day at 6,437.42 driven by selling pressure in the market ahead of the interest rate decisions by the BSP and US Federal Reserve this week, which are both expected to continue their monetary policy tightening stance to combat inflation,” Unicapital Securities, Inc. Equity Research Analyst Ralph Jonathan B. Fausto said in a Viber message.

“We can also attribute the decline today to some negative spillover from the extended sell-off in the US’ major indices last Friday, with FedEx Corp. withdrawing its full-year guidance this year and unveiling significant cost-cutting initiatives due to softening global demand,” Mr. Fausto added.

The Fed is meeting to review policy on Sept. 20-21, where it is expected to fire off another jumbo-sized hike as authorities seek to bring down inflation. It has raised rates by 225 basis points (bps) since March, including two 75-bp hikes in June and July.

The BSP will hold its own policy meeting on Sept. 22, with analysts betting on a 50-bp increase. It has hiked borrowing costs by 175 bps since May to rein in rising prices.

Meanwhile, US stocks fell to a two-month low on Friday as hints of a global slowdown caused investors to flee to safer assets,

FedEx withdrew the financial forecasts it issued three months ago, saying the slowdown in global demand accelerated at the end of August and is likely to worsen.

Value turnover declined to P4.98 billion on Monday with 660.59 million shares changing hands from the P15.09 billion with 1.18 billion issues traded on Friday.