Stocks inch up despite higher inflation in Sept. 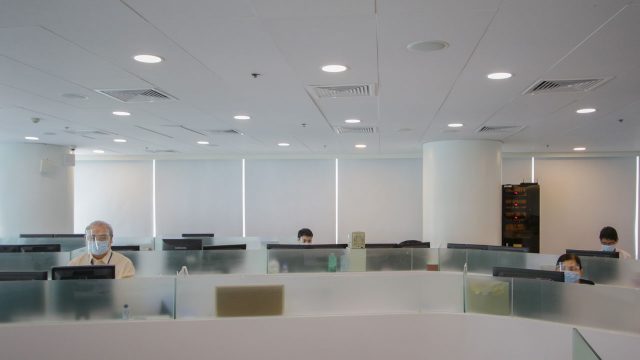 PHILIPPINE STOCKS eked out gains on Wednesday despite the release of data showing inflation reached a new peak last month.

“Moreover, positive catalysts that could move the market were still lacking at the moment. The rally of the US markets overnight, somehow, helped boost the sentiment at home,” she added.

“The market bounced up after blood bath that saw stock prices at cheap valuations and extremely oversold technical levels. Driving the rebound has been the correction in the global bond markets.  However, the market’s momentum was dampened by the latest Philippine inflation data that saw it surge to 6.9%, the highest level since October 2018,” AB Capital Securities, Inc. Vice-President Jovis L. Vistan said in a Viber message.

Headline inflation picked up to its fastest pace in more than 13 years in September due to higher food costs, the Philippine Statistics Authority reported on Wednesday.

The September print fell within the 6.6-7.4% forecast given by the Bangko Sentral ng Pilipinas (BSP) for the month and marked the sixth straight month that inflation breached the central bank’s 2-4% target for the year.

Value turnover declined to P4.82 billion on Wednesday with 644.59 million shares changing hands from the P4.59 billion with 514.19 million issues traded on Tuesday.

Net foreign buying stood at P188.31 million on Wednesday, a reversal of the P96.45 million in net selling recorded on Tuesday.